Pacific Biosciences (PacBio) is a sequencing technology provider based in Menlo Park, California. Using its proprietary Single Molecule, Real-Time (SMRT®) Sequencing technology, the company has developed two long-read sequencing systems – the PacBio RS II and the Sequel® System – offering a comprehensive view of genomes, transcriptomes and epigenomes. Marty Badgett, Senior Director of Product Management at PacBio, explained: “Our instruments sequence DNA directly in SMRT Cells packed with thousands of zero-mode waveguides (ZMWs), which you can think of as very small reaction vessels. We anchor the polymerase with the pre-bound DNA template at the bottom of the ZMW, and introduce fluorescently-tagged nucleotides. The ZMW is illuminated from below, and the attenuated light enters the lower 20-30 nm of each ZMW, exciting the fluorophore as the polymerase incorporates each base into the native strand. Our instrument basically carries out signal processing by ‘eavesdropping’ on the process of DNA synthesis as it happens.”

“The major advantages of our technology are the long reads, uniform coverage and high consensus accuracy. This accuracy is due to low sequencing-context bias, very low systemic error and the random nature of read errors. For instance, with 10- to 20-fold coverage we can achieve 99.9 % accurate reads, which can be readily increased to 99.999 % accuracy with additional sequencing coverage. Our system can also accommodate a broad range of template sizes – from ~200 to >10,000 bp – making it suitable for a wide variety of applications, including whole genome and targeted sequencing. As a result, SMRT Sequencing technology is proving popular for plant and animal sciences research – particularly in academic labs – as well as in the human biomedical space, for applications such as HLA typing.” 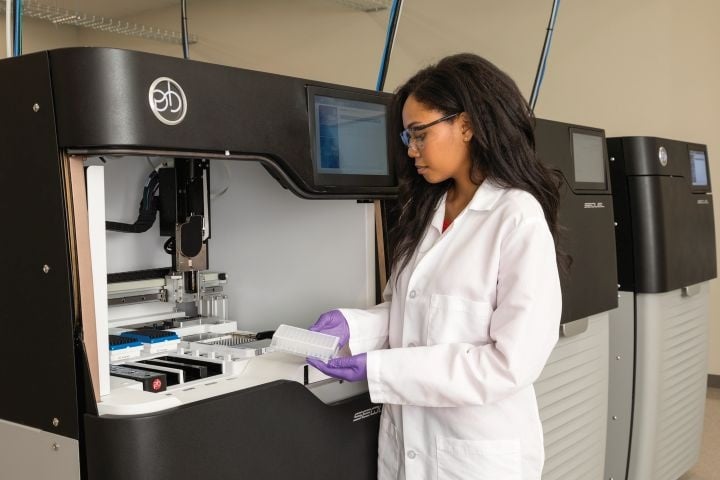 The Cavro ADP is at the heart of the Sequel System

“Our original system – the PacBio RS II – had 150,000 ZMWs per SMRT Cell, equating to about 55,000 reads, and could process up to 16 cells per run. This may sound like a very large number, but throughput was still a limitation, so we launched the Sequel System in October 2015. With this platform, each SMRT Cell contains one million ZMWs, offering a sevenfold improvement in throughput, and we’re currently working on a higher density SMRT Cell containing eight million ZMWs.”

"This OEM solution offers a combination of performance, accuracy, cost and advanced features… that is very favorable for our application." 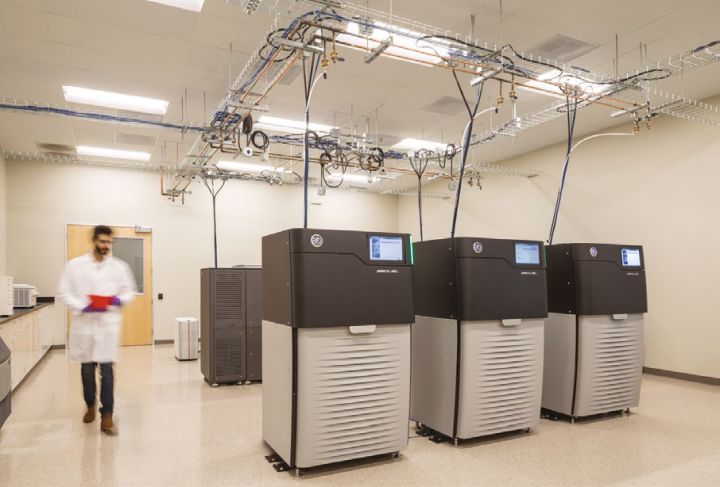 Paz Yogev, a Staff Mechanical Design Engineer at PacBio, added: “When we were developing the Sequel System, we wanted to incorporate a number of additional liquid handling features that the pipettor used in the PacBio RS II simply couldn’t offer. We researched a number of off-the-shelf solutions – as well as the possibility of developing a customized pipetting system based on one of these options – before eventually deciding on Tecan’s Cavro® Air Displacement Pipettor (ADP). This OEM solution offers a combination of performance, accuracy, cost and advanced features – including automatic tip detection and ejection, plus liquid level detection – that is very favorable for our application. We initially bought a couple of sample units and set up a test rig to run comparisons. This was both easy and inexpensive, making development of the pipetting system very cost effective. In addition, we chose to use Tecan’s disposable tips, as buying the pipettor and consumables from the same supplier maximizes the likelihood of everything working in synergy without any issues.”

“We have been working with the Cavro ADP for several years now, and it has been really good to us – it’s very reliable. Our field service engineers respond to any problems encountered by customers, and we very rarely have to reach out to the Tecan team for extra support, but we know it’s there if we need it,” Paz concluded.

To find out more about partnering with Tecan, visit partnering.tecan.com
To learn more about Pacific Biosciences, go to www.pacb.com