Funding for the study of rare diseases and medical conditions (sometimes called orphan diseases) is often limited and short-term, which can put off both basic research and pharma investment. Yet there are numerous reasons why rare diseases deserve much more attention than they currently receive, instead of being left like orphans out of the research picture. Is it time for academia, pharma, biotech and society in general to re-think our views about investing in the study and treatment of rare diseases and medical conditions? We think so, and we’ll present five reasons why. 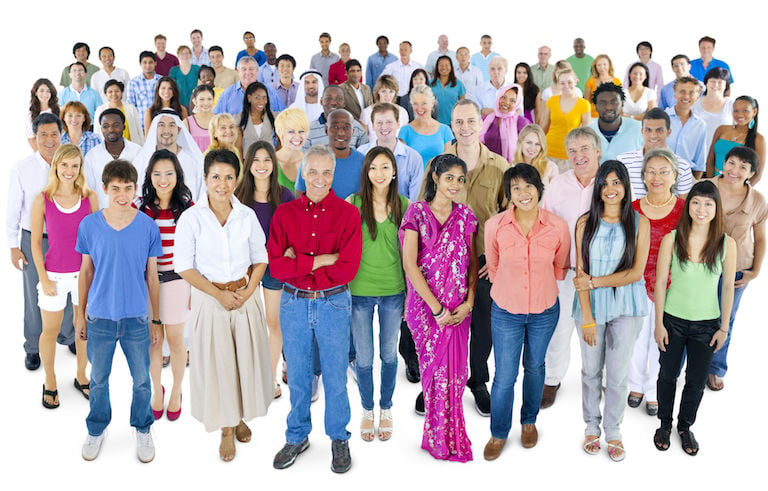 If all of the people with rare diseases or rare medical conditions lived in one country, it would be the world’s 3rd most populous country.

What makes a disease rare?

Many rare genetic conditions are also termed Mendelian diseases when they are caused by a mutation in a single gene that is transmitted according to Mendelian law of inheritance.

In the last decade, great advances have been made in diagnosis, prognosis and prevention of rare diseases. Despite the fact that genetic mutations cause 80% of rare diseases, it is comforting to learn that 1 out of 3 drug approvals in the last 5 years were for the treatment of rare diseases, and more than 450 drugs are in the pipeline for development.

Advances in the treatment of rare diseases

Dramatic improvements have been made in treating Chronic Myelogenous Leukemia (CML) and Chronic Lymphocytic Leukemia (CLL) in the last 10 years. CML and CLL are both rare forms of blood cancer. While CML patients exhibit difficulty in performing daily activities, CLL reduces patients’ immunity. Discovery of the first tyrosine inhibitor in 2005 for treating CML tripled the chances of survival and as of 2015, targeted therapies are enabling patients to live up to the average lifespan of humans. Treatment for CLL patients is gradually expanding from main-line chemotherapy (which causes more harm than good in immunocompromised patients) to targeted treatment with monoclonal antibodies.

Cystic fibrosis (CF) is also a noteworthy example where great progress has been made. Caused due to genetic mutation, CF affects the internal organs in the upper thoracic cavity, leading to the accumulation of thick mucus in lungs, pancreas and the other organs of the digestive system, gradually reducing their functionality and eventually leading to death. In the last 10 years, the average life expectancy of patients suffering from CF increased from 30 to 50 years. CF-related research is not being targeted just at delivering drugs that work, but also at understanding the underlying cause of the disease -- aiding in preventing the disease as well as treating it.

Despite recent advances such as these, rare diseases are still considered the poor orphans when it comes to drug discovery initiatives.

Why are rare diseases “orphaned”?

Rare diseases are often called “orphan” diseases as they are “unwanted” by drug companies. Funding for the study of rare diseases is usually limited and short-term, which can deter both basic research and pharma investment. The main reasons are:

Since establishment of the Orphan Drug Act of 1983 in the United States, incentives for R&D funding, tax incentives and other benefits have been put in place to encourage companies and institutions to develop more orphan drugs. This has not only made more companies eager to research rare disorders but opened the door to a whole new world of better understanding of human molecular pathways.

Where does opening the “rare disease” door lead us?

The bigger picture in rare disease research is often ignored, yet the study of orphan diseases, particularly at the biomolecular and genetic levels, can offer completely new perspectives.

“Nature is nowhere accustomed more openly to display her secret mysteries than in cases where she shows traces of her workings apart from or off the beaten track; nor is there any better way to advance the proper practice of medicine than to give our minds to the discovery of the usual law of nature, by careful investigation of cases of rarer forms of disease .”

There are many sound reasons why it makes sense to change our thinking about rare or orphan disease research. Here are five of the most compelling:

Rare diseases make good models of dysfunction of a biological pathway or genetic defect. They help us understand mechanisms of disease and normal states. Genetic mutations leading to rare diseases are usually occurring in a single gene, thus altering protein production from this gene. Studying the role of mutated genes and comparing the functions of the protein produced by patients and healthy individuals can give a unique insight into the molecular pathways the protein is involved in. Single-gene rare diseases can help prove causality. Findings can help understand mechanisms that underlie related, more common diseases. Researching new medicines for rare diseases has already resulted in discovering underlying causes and therefore, new treatment options for diabetes, obesity and migraine.⁵

Another such breakthrough was observed when a group of army scientists discovered that Niemann-Pick C1 (NPC1) protein (responsible for Niemann-Pick Disease and organ failure due to enzyme deficiency), plays an important role in contracting Ebola⁶. This by-product of researching the rare Niemann-Pick Disease is a huge medical breakthrough in itself, that can save millions of lives, not just by treating, but by providing novel solutions to develop a defense against Ebola.⁷

Ignorance can be more expensive than the research aimed at improving knowledge. Rare genetic diseases often affect patients from an early age and lead to a reduced life expectancy, so affected patients may need healthcare services throughout their lives. The condition often impacts the whole family of a patient – and constant care is a strain. Even though only a relatively low number of people may be affected by a particular disease, it can present a disproportionately large strain on healthcare and social services.

Misdiagnosis because the right tools are not available or there is not enough understanding is a further waste of costs and resources. If certain rare diseases are diagnosed in time and managed appropriately, the patient could be contributing to society and leading a normal life. Finally, the challenge of low patient numbers can and does drive researchers to find better clinical trial methodologies that can then be applied more widely to save money.

Scientific benefits aside, there are ethical reasons for rare disease research. Patients suffering from rare medical conditions should be entitled to the same quality of treatment as other patients, according to the Regulation on Orphan Medicinal Products. Although diseases are rare and diverse, the total of all rare diseases affects a significant proportion of the population.

Encouragingly, there is an increasing number of initiatives raising large-scale awareness and bringing forward social justice for rare diseases. Since its establishment in 2009, Rare Disease Day, a yearly event recognized by countries around the world, has enjoyed an ever-growing number of participants, with over a thousand patient organizations setting up events.

4. Rare diseases are not so rare

“If all of the people with rare diseases lived in one country, it would be the world’s third most populous country.”⁹

The concept of personalized or precision medicine is closely analogous to the development of treatments for rare diseases, so some of the lessons we learn about how to research so-called orphan diseases cost-efficiently are likely to be translational too. Rare diseases embody the intent of personalized medicine to find treatments that can be tailored to the individual. If we can’t do it for rare diseases, how can we hope to have precision medicine for the wider population? Cancer has a variety of mutations, for example, often leading to rare tumors that need to be properly diagnosed and treated. Studying rare disease can thus drive innovative approaches that are enabling for precision medicine.

Future articles in this series will uncover just how much we can learn from rare diseases, and how Tecan solutions are helping to drive more cost-efficient solutions for labs studying them.

Don't miss the next blog

Dr. Katrin Flatscher is an application scientist at Tecan Austria. She studied molecular biology at the University of Salzburg and focused on cell biology and immunology research during her PhD. She joined Tecan in 2007 and has been involved in the development of the Infinite as well as the Spark multimode reader series.