With the advent of next-generation sequencing (NGS), the field of metagenomics has exploded in recent years, as scientists are now able to study microbes as communities instead of individual organisms. This has revolutionized our understanding of the relationships between microbiota, human health, and the environment. 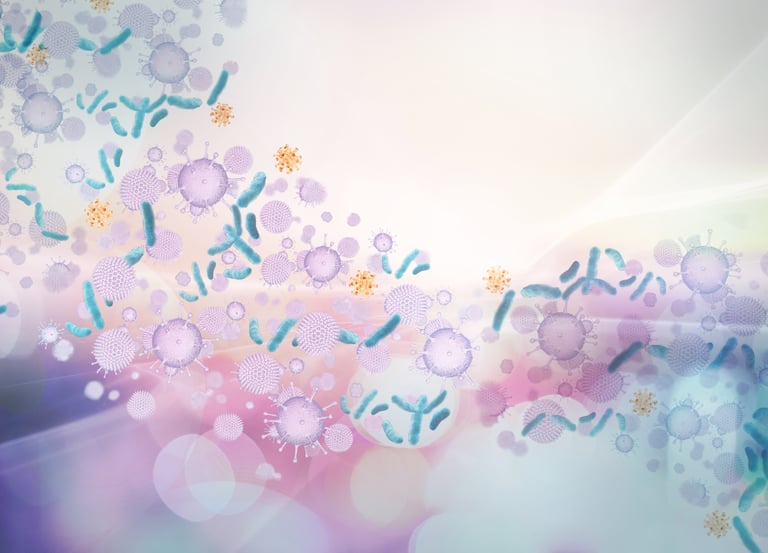 Getting a true picture of the microbiome requires uprooting bias inherent in sample preparation.

Whilst the boom in metagenomic analysis of the microbiome has resulted in many new discoveries, data reproducibility has remained a challenge. The issue of reproducibility spans metagenomic research across labs, and stems from the fact that bias can be introduced at various steps along the metagenomics workflow, as observed by many in the field [1-6]. The problem of bias is so widespread that even submitting the same sample to two different microbiome profiling organizations can yield results that are dramatically different from one another [7].

How do biases occur within extraction?

Microbial communities are complex and diverse, consisting of Gram-positive bacteria, Gram-negative bacteria, and fungi. Accurate metagenome profiling requires liberation of DNA from all the diverse species within a microbial community. However, it is common to observe ineffective lysis during the nucleic acid extraction, which then leads to microbial profile bias. This is because some microbes are very difficult to lyse [6, 8]. If the cells are not lysed, the DNA will remain locked away within the cell, and will not be purified or detected.

It has been shown that processes utilizing chemical or thermal lysis result in an over-representation of the easy-to-lyse organisms (Gram-negative bacteria). Since the tough-to-lyse organisms (e.g. Gram-positive bacteria and yeast) are more resistant to DNA liberation, this causes a bias towards the easy-to-lyse species. Many extraction protocols do not account for these vast differences in sample composition, so it is common to observe non-uniform lysis and subsequent microbial profile bias [9].

Extraction protocols that utilize mechanical lysis (e.g. sonication, blending, liquid nitrogen/mortar and pestle, French pressing, and bead beating) are considered the best approach to microbial lysis due to their stochastic nature, with bead beating referred to as the gold standard[4]. However, these mechanical lysis methods still need to be optimized or they will suffer from issues such as low yield, excessive nucleic acid shearing, non-uniform lysis, excessive heat, and shear forces.

The ZymoBIOMICS® line addresses this key challenge of bias within a metagenomics workflow. The ZymoBIOMICS 96 DNA Magbead Kit utilizes mechanical lysis that has been developed and optimized with microbial community standards to ensure complete lysis of all the tough-to-lyse organisms (Figure 1).

Figure 1: The ZymoBIOMICS Microbial Community Standard was purified using the ZymoBIOMICS-96 DNA Magbead Kit to evaluate the level of bias introduced from the purification. The eluted DNA was subjected to 16S rRNA gene targeted sequencing with an internal library preparation protocol. The microbial composition was determined by mapping raw sequencing reads against reference 16S sequences of the strains contained in the standard. The composition of two individual extractions of the ZymoBIOMICS microbial standard was compared to the theoretical composition of the standard and shown to match closely, indicating unbiased lysis.

Now we’ve seen how bias can arise in metagenomic analysis, and how to prevent it, we need to ensure that this lack of bias is maintained when the DNA is used in downstream applications, such as library preparation ahead of NGS. Ideally the extracted microbiome DNA is sufficiently pure and of high enough quality to be used directly, without further purification.

Find out how to optimize and streamline this process in the next article of our blog series.

This blog was written in collaboration with Zymo Research, Irvine, CA, USA. What is normal? Understanding the vaginal microbiome