Gene editing is crucial to pharmaceutical development. CRISPR-Cas9 promises to revolutionize the role gene editing plays in drug discovery and even therapeutics. CRISPR was hailed by Science magazine as their 2015 Breakthrough of the Year. The phenomenal hype around this method can be measured by the number of deals being made by leading companies such as AstraZeneca, Novartis, and Juno Therapeutics with various gene-editing companies. One deal alone is valued at $2.6 billion. AstraZeneca, for example, sees the technology as a powerful solution to the R&D challenges that plague the pharmaceutical industry.

“The targets we’re finding with CRISPR-Cas9 are going to guide the drugs coming out in the 2020s.”

Genome engineering is not new, but what has been lacking is an efficient, generally applicable method. First reported as a gene-editing tool in 2012, CRISPR/Cas9 is an innovative technology for cut-and-paste genetic manipulation that brings a razor-sharp molecular scalpel to the research lab. This revolutionary gene-editing technique involves using target-specific RNA to guide an endonuclease to a selected sequence to be edited. CRISPR simplifies the process of deleting, adding, or modifying genes in a user-friendly way. The method is scalable, which means that researchers can look at a large number of genes rapidly.

Drug discovery efforts have included the development of more physiologically relevant models that correlate better to the clinical setting and thereby reduce candidate drug attrition. The ability of CRISPR to modify the endogenous gene means that proteins can be studied at native levels, rather than having to rely on overexpression, for example. CRISPR therefore offers the possibility of developing sophisticated animal models that better mimic human disease, and provide researchers with greater insights into disease progression.

The pharmaceutical industry is faced with major challenges in identifying novel, validated targets, whose pharmacological modulation may yield the desired therapeutic modality. Only a fraction of the druggable genome has been explored. CRISPR offers the possibility of specifically modulating the endogenous gene and introduce a complete genetic knockout, while minimizing off-target effects, thus improving target identification. The challenge will be to exploit the scalability of CRISPR to ramp up the search for new targets.

The ability of CRISPR to modify the endogenous mutated gene offers massive advantages in terms of direct repair in contrast to current gene therapies that rely on, for example, augmentation with additional gene copies. Animal models have already demonstrated that the approach is feasible, for example in correcting hereditary tyrosinemia in mouse liver. There are, however, many hurdles that must be cleared, including efficient delivery systems. One approach could be to focus on editing the genomes of cells that can be removed from the body and then replaced, such as immune, blood and some stem cells.

A sharp tool for the future

CRISPR has gained enormous traction since its introduction as a gene editing tool in 2012, and is being applied in the development of in vitro and in vivo models to speed up drug discovery. Matched with efficient high-throughput technology, CRISPR opens up the possibility for industrial-scale target screening. Although there are still concerns, the technology could become the turning point in the uphill battle to discover new druggable targets and even provide the means to treat them directly. 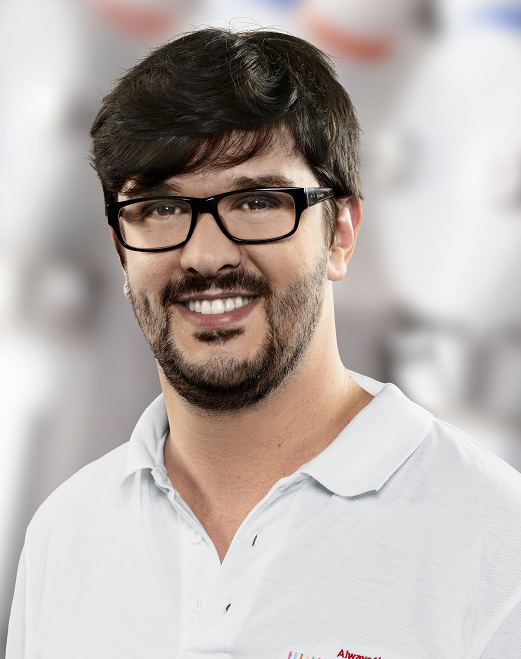 Dr Enrique Neumann is Product and Application Manager, Genomics, at Tecan, Switzerland. He studied Biology at the University of Santiago de Compostela, Spain. During his PhD at the University of Edinburgh, he focused on the molecular processes in plant cells. He joined Tecan in 2015 and focuses on the development and support of genomic applications for Tecan’s liquid handling platforms.

Agrigenomics: Tools for plant and animal breeding, fish and fowl

Rapid prototyping: the secret weapon to get automated instruments to market faster