Breaking the resistance to anticancer drugs - Part I

In 1996, Dr. Charles Sawyers at Memorial Sloan Kettering Cancer Center, USA, became involved in the initial testing of a drug for the treatment of chronic myeloid leukemia (CML). The drug, imatinib (later to be launched as Gleevec), could be taken once a day with few side effects and had a dramatic clinical result. Even patients in advanced stages of the disease, reliant on oxygen and with only a few weeks to live, became symptom-free almost immediately. The trouble was, those same patients quickly developed a resistance to the drug and suffered a relapse. 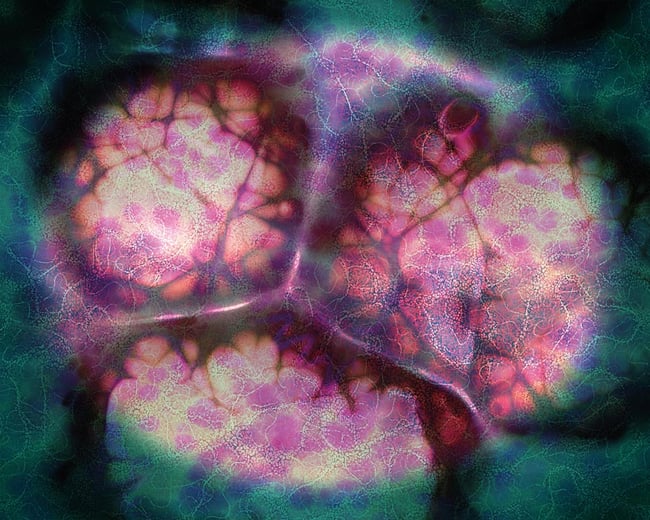 What was causing this resistance and what could be done about it? Dr. Sawyers and his colleagues were spurred on to investigate the mechanisms of resistance and their work ultimately led to improved treatment.

Even before Gleevec, resistance to anticancer drug therapy was not new. In 1961, high-dose four-drug combination clinical trials on the treatment of pediatric leukemia showed a spectacular response, with more than half the patients showing complete remission. This effect was short-lived, however, and the majority relapsed as the leukemia cells passed over the blood-brain barrier and colonized the brain. Clinicians were powerless as children died because of the very mechanisms that had evolved to defend them.

This graphically illustrates what has become the Holy Grail of anticancer drug therapy – finding ways to hit the right target with precision whilst avoiding the built-in cellular mechanisms designed to protect the cell.

An effective battle requires precision weapons and the treatment of cancer has become increasingly targeted over the years. In the 1940s, cytotoxic agents such as nitrogen mustard were used. In the 1960s clinicians used more specific, natural-product, anticancer drugs such as Vinca alkaloids and anthracyclines, which are more toxic to cancer cells than normal cells.

In the search for targeted treatment of breast cancer, research on sex hormones uncovered valuable insights into the molecular links between the cancer cell, a novel drug and its target.

Estrogen, secreted by the ovaries, is crucial for the maintenance and growth of normal breast tissue. Intriguingly, surgical removal of the estrogen-producing ovaries caused some breast cancers to shrink while others were unresponsive. The isolation of the estrogen receptor (ER) – the molecule responsible for binding estrogen and relaying its signal to the cell – led to an important discovery. Pioneers in the field found that ‘ER-positive’ cancer cells expressing high levels of this receptor retained their need for estrogen to grow, while ‘ER-negative’ tumors did not. This explained why ER-negative tumors did not respond to removal of the ovaries.

Almost by chance, the failed development of a contraceptive, patented by Imperial Chemical Industries in the UK in 1962 and later released as tamoxifen, led to the successful treatment of estrogen-insensitive tumors. The reasoning was that the anti-estrogen properties of tamoxifen could effectively return these unresponsive estrogen-insensitive tumors to a responsive state. In a clinical trial of tamoxifen late in 1969, ten of forty-six women with breast cancer responded quickly to the drug candidate. A diagnostic tool was later developed to stain tumor tissue for ER, confirming that ER-positive cancer cells were highly responsive to tamoxifen, while ER-negative cells were not.

Although many patients relapsed, tamoxifen is still a shining example of how a drug can be designed to target a specific pathway in a cancer cell and drive metastatic tumors into remission. Such refinements in targeted treatment have also lead to breakthroughs in the understanding of how resistance to anticancer drugs develops, and how this can be avoided.

Breaking the resistance to anticancer drugs is the subject in the next of this three-part series. Simon has a broad background in drug discovery automation covering all areas from assay development to design of automation systems. He is enthusiastic about the life sciences and constantly strives to provide practical working solutions to researchers. After working in both pharma/biotech and life science instrumentation sectors for a number of years he joined Tecan in 2008. At Tecan Simon is Director of the Application Sciences Group the USA.