(Part 2 of 2. Read Part I). In 1948, Bill Koster of the Variety Club of New England and Dr. Sidney Farber working at the Children’s Hospital Boston had launched The Children's Cancer Research Fund, aimed at supporting a hospital dedicated to the research of childhood leukemia. But they needed a poster child to boost fundraising.

The challenge was fraught by a seemingly intractable problem. Most of the children were extremely weak; far too weak to appear on radio or make public appearances. Most children died within months of their diagnosis. Finding a patient for the public to root for was not going to be easy. Scouring through all the patient lists, Koster and Farber landed on Einar Gustafson. Einar was not suffering from leukemia, rather he was being treated for a rare intestinal lymphoma. He was young, fresh faced, and radiated hope. Einar was the boy that the public would want to save from cancer. 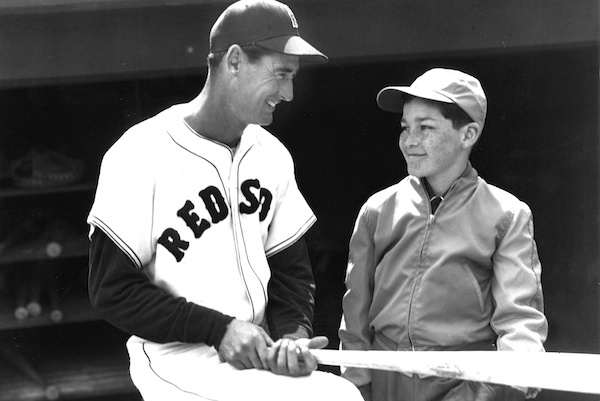 Einar was dubbed ‘Jimmy’ (to protect his privacy) and, in 1948, The Jimmy Fund was born. Using smart PR moves, like recruiting the (then) Boston Braves to sing the team’s song with Jimmy on the radio, The Jimmy Fund attracted thousands of engaged donors, many of whom queued in the lobby of the Children’s Hospital to personally hand in their donations so that Jimmy could watch the Braves on TV. The Jimmy Fund far surpassed its original target of $20,000, raising $231,000 in its first year. Since its foundation, The Jimmy Fund has raised $750 million for the Dana-Farber Cancer Institute on the tried and trusted method of fundraising through public engagement.

Farber learned that the fight against cancer was not just about science – it was just as much about being seen and heard. He needed to understand the intricacies of political lobbying. He needed a clear strategy and a reason for people to believe in his cause. Gaining and sustaining the public’s attention required the persuasive art of advertising. Enter Mary and Albert Lasker.

Mary Lasker was a star saleswoman, a long-time lobbyist and political campaigner. A survivor of pneumonia and the Spanish flu of 1918, she became the most influential health activist of her day. Mary was horrified by the ravages of mastectomy operations, so she focused her keen mind on cancer. Mary’s husband Albert Lasker was an advertising executive at the firm Lord and Thomas, inventors of classic ads for Lucky Strike and Sunkist. He famously said, “If a toothpaste… deserved advertising at the rate of two or three or four million dollars a year, then research against diseases… deserved hundreds of millions of dollars.”

The self-styled group of “Laskerites” included action-oriented businessmen, movie producers, and lawyers. They ousted the presiding scientific board of the American Society for the Control of Cancer (ASCC) and renamed the organization the American Cancer Society, the ACS. Their first move was to gain nationwide public awareness by publishing articles about cancer screening and detection in Reader’s Digest. Over the following years, the results of their massive campaigns were clearly evident. Donations rocketed from $832,000 in 1944 to over $12 million in 1947.

Farber’s coalition and friendship with Mary and Albert Lasker would transform the funding of cancer research. Farber had the scientific credentials needed to sway Congress; the Laskers stood for constant lobbying “on the Hill” and extremely effective advertising. Most significantly, Mary Lasker’s work ultimately led to President Nixon in 1971 famously declaring War on Cancer with the signing of the National Cancer Act of 1971. With the lobbying of the government, and with the urgency to cure cancer firmly in the public eye, millions of federal dollars have poured into cancer research, so that the USA today enjoys a dominant position and is a magnet for talent in cancer research.

The Lasker Foundation was established in 1942 to promote medical research. The Lasker Award is one of the most prestigious prizes in medical science. As of 2015, 87 Lasker laureates have gone on to receive a Nobel Prize.

The Jimmy Fund continues to be a major source of cancer research funding today, and receives support from the Boston Red Sox to help keep their campaigns alive. Neopterin: The early warning indicator that could make all the difference